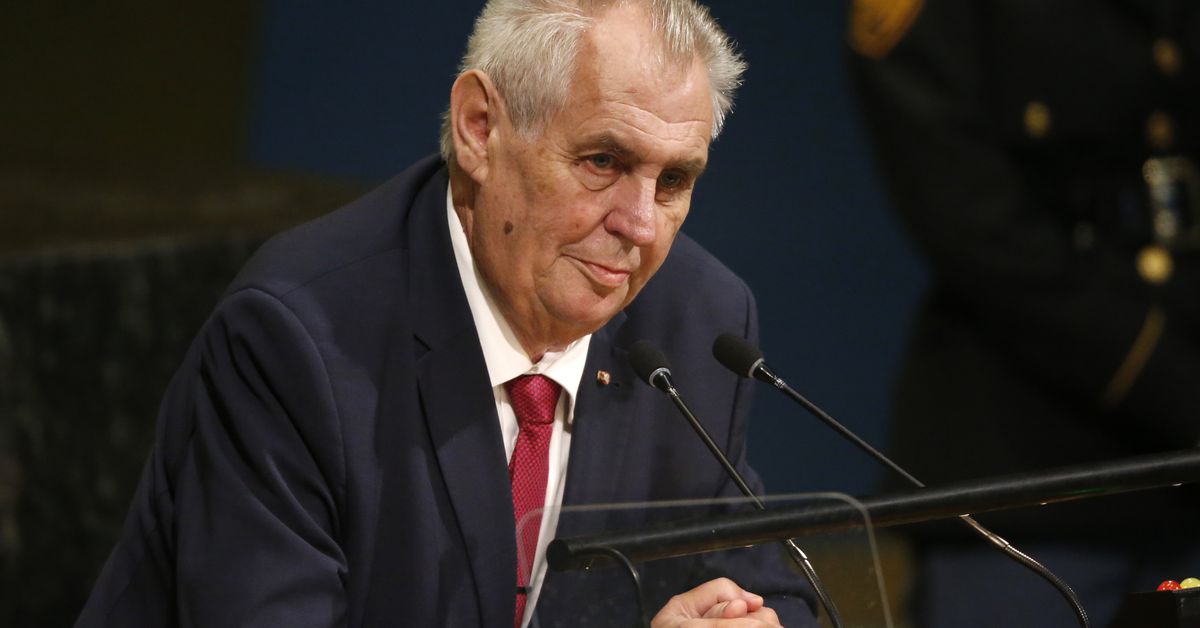 PRAGUE, Oct 19 (Reuters) - Czech police opened an investigation on Tuesday into whether senior aides to President Milos Zeman committed a crime by not telling the public or top officials that he is too ill to work.

Zeman's chief of staff, Vratislav Mynar, also faces pressure from Prime Minister Andrej Babis to resign over the secrecy surrounding the 77-year-old president's health since he was taken into intensive care on Oct. 10. read more

Aides have said little about Zeman's condition. But Senate speaker Milos Vystrcil quoted a hospital report to his office on Monday as saying Zeman was unable to perform any duties while in intensive care and was unlikely to return to work soon. read more

The hospital informed Mynar about the seriousness of Zeman's condition on Oct. 13, Vystrcil said. The presidential office did not share the information with other senior officials or the public.

Instead, Mynar took the lower house speaker to see Zeman on Oct. 14 and said the president had signed a decree on convening parliament for the first time since an Oct. 8-9 election.

"With regards to the new information, released by the Senate, the police will launch investigation of possible unlawful acts, in which signs of crimes against the republic can be detected," the police said on Twitter.

Mynar and the president's spokesperson did not respond to Reuters' requests for comment on the investigation, on Zeman's condition or on the hospital report. Mynar said separately that only Zeman can dismiss him, and that he would not comment on a statement by "any politician".

The presidential spokesperson issued several tweets, one alluding to major points in Czech history when national sovereignty was threatened.

CALLS FOR MYNAR TO GO

Opposition parties won a majority in the Oct. 8-9 election and have said they will form a government to oust Babis, who was backed by Zeman. read more

Based on the hospital report, the upper house has initiated a debate on whether to invoke a constitutional clause stripping the president of his duties while he is unable to perform them.

With both houses now controlled by the opposition, the motion has a high chance of success, but is not expected to be approved until after the new lower house convenes next month.

The president's duties would be split between the prime minister and the lower house speaker, who would also appoint the new prime minister.

Babis has said he will hand over power smoothly. He also said it may be too early to strip Zeman of duties but, describing Mynar's actions as "absolutely unacceptable" on Twitter, he said the chief of staff must go.

The opposition's candidate for prime minister candidate, Petr Fiala, echoed that sentiment in a tweet.

Zeman had said previously that he had diabetes. He has been using a wheelchair this year because of neuropathy - nerve dysfunction or damage - in his legs.