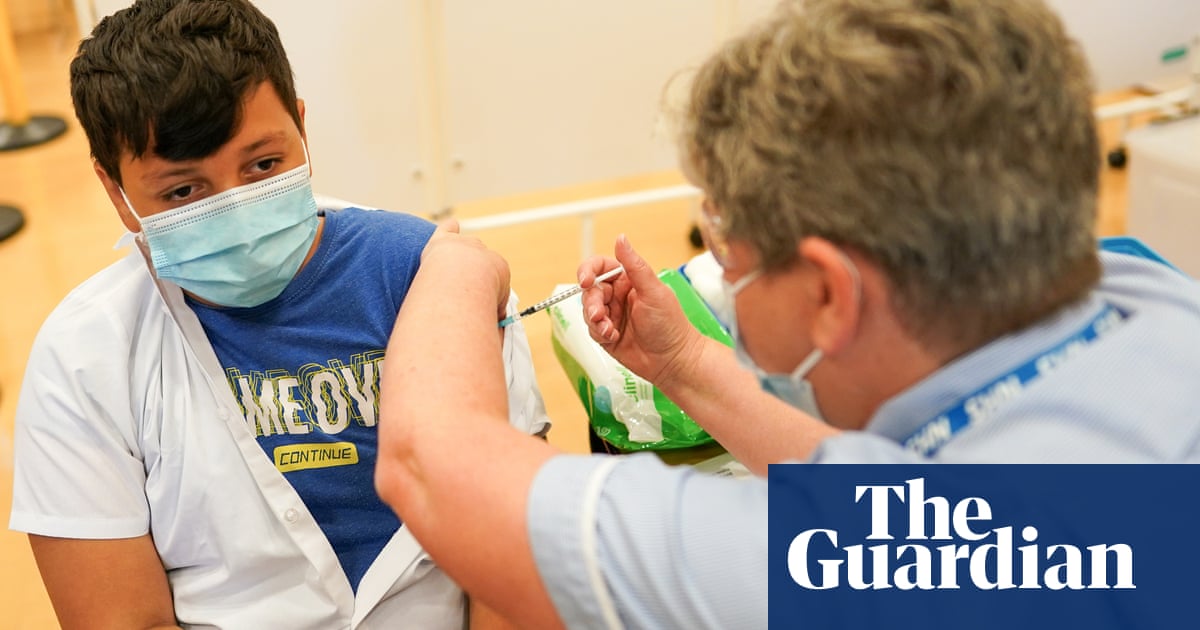 The distribution of Covid boosters for the most vulnerable people and second shots of vaccine for teenagers should be accelerated to help prevent a winter surge of coronavirus overburdening the NHS, a senior scientist has said.

Prof Neil Ferguson, the head of the influential disease modelling group at Imperial College London, said England’s vaccine strategy had been “cautious” in recent months, with many teenagers having only one jab, and boosters for the most vulnerable people given no sooner than six months after their second dose.

Speaking to the all-party parliamentary group on coronavirus on Tuesday, Ferguson said it was unclear whether the winter would bring another substantial wave of infections, but with new cases already high, at about 30,000 a day, even a moderate rise could put the NHS under pressure.

“We don’t have very much headroom for increases,” he said. “We can’t afford to have too much of a winter surge before the NHS is very heavily stressed.”

A doubling of England’s 600 daily Covid hospitalisations would warrant a shift to the government’s “plan B” for winter, he added, which includes a return to home working and mask-wearing mandates.

Following advice from the Joint Committee on Vaccination and Immunisation (JCVI), the NHS offers two doses of Covid vaccine to high-risk 12- to 17-year-olds. But so far, healthy children in the age group are only eligible for a single shot, in contrast to those in other countries such as France, Spain and Denmark. Meanwhile, booster shots are being distributed to health and social care workers, and all over-50s, but not until six months after their second shot.

Asked what ministers could do to bring the pandemic under control, Ferguson said “the number one thing” government could do was increase vaccination coverage and “ensure population immunity is as high as possible”. The UK was an early leader in mass vaccination against Covid, but the programme has stalled in younger people, and other countries such as Ireland, Portugal and Denmark have pulled ahead.

“We need to be a little less cautious in accelerating vaccine rollout, particularly second dose rollout, in teenagers where possible, because we know that one dose of these vaccines against Delta has a really minor impact on transmission. It’s only after two doses that we start seeing a significant impact,” Ferguson said. “We need to accelerate those second doses coming into the population.”

Because nobody will be offered a booster sooner than six months after their second shot, most of the doses will be given between now and January or February next year. This means many people who are eligible will not benefit from the extra protection for much of the winter.

“They will have an impact, and they will have a bigger impact on transmission as more and more people get them, but our modelling suggests it will be somewhat limited,” Ferguson said of the boosters.

“I’d like to see us be a little more aggressive in rolling out booster doses,” he added, “because the sooner we can, the sooner we’ll reap the benefits of that and I think the data supports that not just after six months, probably after four months after second doses, you still get a very big effect of booster doses.”