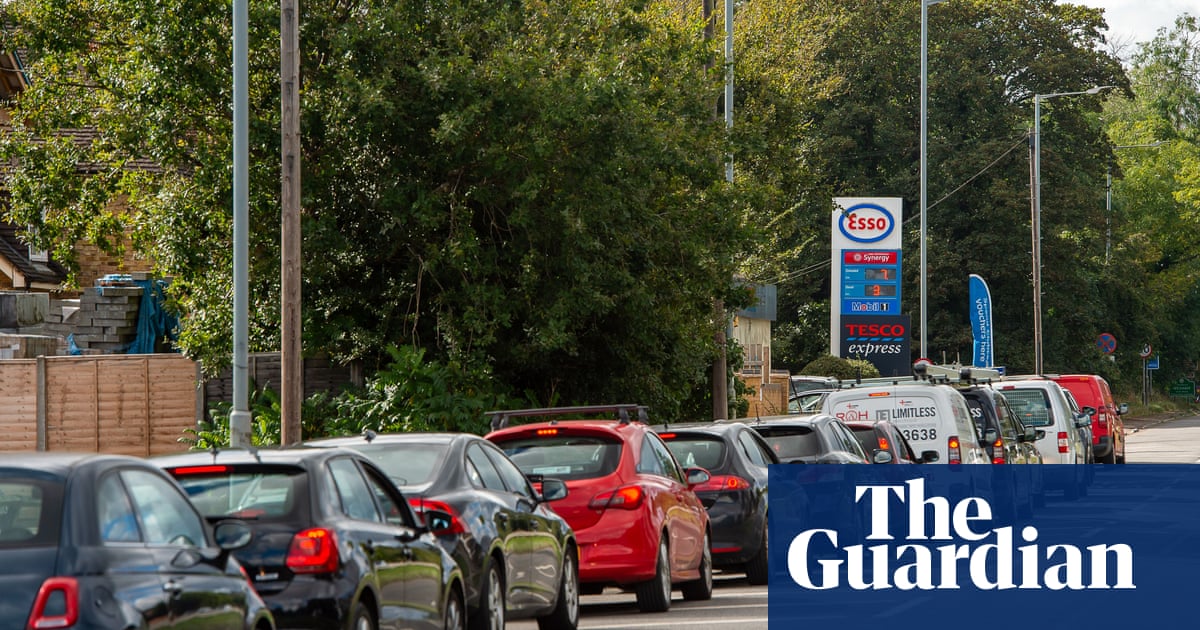 Show caption There are calls for health workers to be given priority access to fuel. Photograph: Maureen McLean/REX/Shutterstock
Coronavirus

The postponement of NHS appointments for some cancer patients because of the fuel crisis will heap additional pressure on patients and their families, charities have warned.

The Guardian learned that several cancer patients due to attend appointments this week at University College hospital (UCLH), one of London’s largest hospitals, have been told they will have to be rescheduled.

A UCLH spokesperson confirmed a “small number” of patients were having appointments rearranged, but said no patients requiring urgent treatment would have their treatment delayed.

The spokesperson said: “Owing to the national fuel supply we are rearranging a small number of outpatient appointments over the next few days for patients who are due to be brought into our hospitals by our non-emergency patient transport provider, offering virtual appointments where possible.”

Samantha Dixon, the chief executive of Jo’s Cervical Cancer Trust, said: “This is really concerning and heaps additional stress on cancer patients and their families at an already difficult time, in addition to NHS staff across the country.

“The current backlog in cancer services due to Covid is already high and we cannot afford to add additional delays. A solution is urgently needed so that patients do not have to deal with the prospect of postponed tests and treatments. In an already difficult year, this is the last thing they need.”

There were also reports that some hospital consultants in Bedfordshire were unable to get to work because nearby petrol stations were shut after running out of fuel.

The disruption to NHS care comes amid calls for key workers, such as health and social care staff, to be given priority access to fuel where it is available.

Doctors, nurses, and unions for teachers, prison and care staff have called for essential workers to be prioritised at petrol stations.

Lives could be lost if the situation continued, the shadow health secretary, Jon Ashworth, said on BBC Radio 4 on Tuesday, adding: “We cannot leave desperate, vulnerable patients stranded without the care that they deserve.”

One senior nursing leader warned patient care would be compromised unless health workers are given “priority access” to fuel.

The Royal College of Nursing England director, Patricia Marquis, said some nursing staff had told their bosses they would be unable to get to work this week because of queues at petrol stations and empty pumps.

As fuel shortages began to affect the NHS, Marquis said the crisis was particularly concerning for nurses because they often needed to travel long distances to get to work or see their patients in the community.

“Health and care services, already struggling with widespread staffing shortages, cannot afford to lose any more staff because they’re unable to travel,” she said. “We already know some nursing staff are warning their employers they may not be able to attend tomorrow to ensure shifts can be safely staffed.

Anna Parry, the deputy managing director of the Association of Ambulance Chief Executives, said she backed calls to prioritise emergency workers, saying it was vital paramedics and other ambulance staff can get to work.

She added: “At a time when pressures on ambulance services are unprecedented – largely because of the pandemic and its far-reaching impact – it is vital that our employees can get to work to help save lives and care for patients. Removing any potential barrier of having to search and queue for fuel supplies would certainly help.”

Dr David Wrigley, the deputy chair of the British Medical Association, said essential services could be hit if staff were unable to get to work because they could not fill up.

“We can’t be waiting two or three hours in a queue for fuel when we have patients to see. It’s a critical situation where we’re unsure we’ll have the fuel to do NHS and social care work, so a plan does need to be in place,” he told Times Radio.

The disruption to cancer care comes after a report warned it could take over a decade to clear the cancer treatment backlog in England.

The pandemic has taken such a big toll that an estimated 19,500 people have not been diagnosed with cancer that should have been due to missed referrals, according to the Institute for Public Policy Research thinktank and the CF health consultancy.