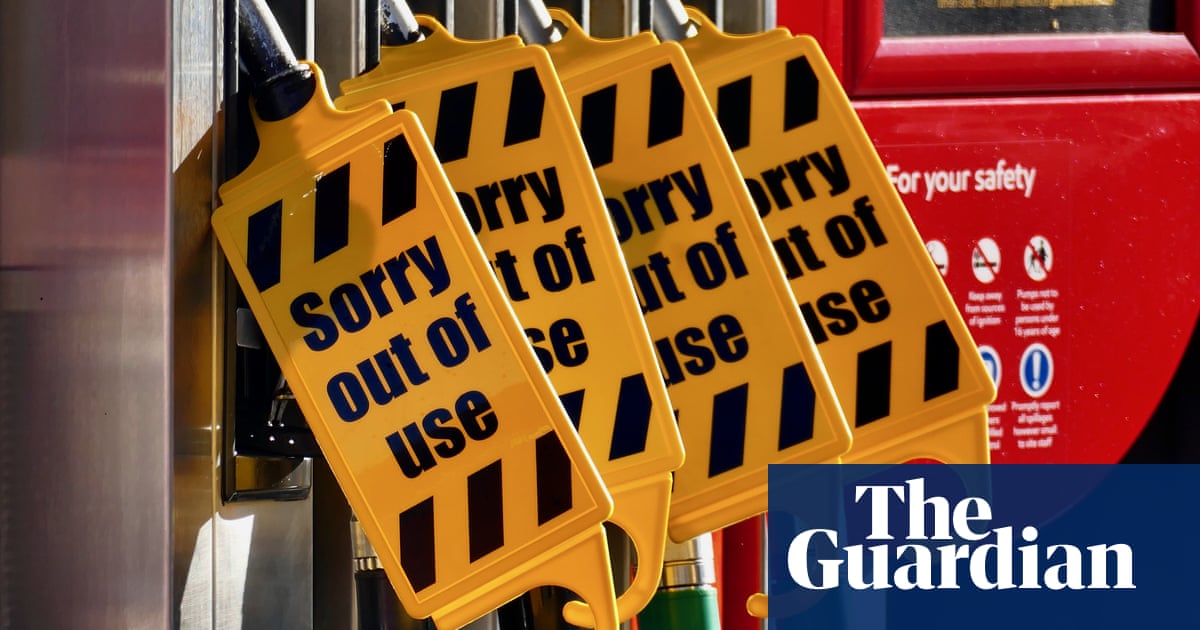 Health workers should be given priority access to fuel in UK, says senior doctor

Show caption Out of use signs on empty petrol and diesel pumps in Berkshire on Monday morning. Photograph: Geoffrey Swaine/Rex/Shutterstock
NHS

No 10 is facing calls to give ambulance drivers, healthcare staff and other essential workers priority access to fuel after panic buying caused shortages across the UK.

With ministers due to meet on Monday afternoon to discuss the growing crisis, the British Medical Association (BMA) called for emergency measures to let medical staff fill up, warning that as pumps run dry “there is a real risk that NHS staff won’t be able to do their jobs”.

Dr Chaand Nagpaul, the chair of council at the BMA, said: “Emergency and essential workers rely on fuel both to travel to work and for their work itself – whether this is to get to hospitals, practices and other healthcare settings, or for ambulances to reach people in urgent need of care and GPs to visit very ill patients at home.

“Everyone will have their own reasons for needing to fill up but as pumps run dry there is a real risk that NHS staff won’t be able to do their jobs and provide vital services and care to people who urgently need it.

“While the government has said it is putting plans in place to alleviate the shortage of HGV drivers to transport fuel, the results of this won’t be immediate. Healthcare and essential workers must therefore be given priority access to fuel so they can continue their crucial work and guarantee care to patients.”

Ministers are expected to meet on Monday to discuss deploying the army to help ease the shortage of fuel tanker drivers that has caused shortages in some areas.

The prime minister will gather senior cabinet members to scrutinise Operation Escalin after BP said a third of its petrol stations had run out of the main two grades of fuel, while the Petrol Retailers Association, which represents almost 5,500 independent outlets, said 50-90% of members had reported running out. It predicted the rest would soon follow.

Sadiq Khan, the London mayor, called on the government to deploy the army “as soon as possible”. There have been warnings, however, that this would take time to implement and would not tackle consumer behaviour.

Khan also called for priority petrol stations for key workers. He said: “As the current reductions in fuel delivery affect petrol stations across the capital, it is essential that key workers are able to get fuel to travel to work and provide the services our city needs. In the fuel crisis of September 2000, the government brought in rules designating specific filling stations for essential workers, enabling the capital to keep moving.

“The government must urgently look at taking the necessary steps, putting such measures in place, so that those key workers who have to drive to work can do so. We will continue to monitor developments closely and advise the government on required actions.”

Boris Johnson’s spokesman said people should fill up only when they needed petrol. “In the immediate term, the approach which will have the most significant impact would be for people to move more to their routine behaviours when it comes to filling up their cars.”

George Eustice, the environment secretary, said the government was using the Ministry of Defence to accelerate the training of HGV drivers and clear a backlog of tests. He said the UK had a civil contingencies section within the army that was always on standby “but we don’t judge that’s necessary at the moment”.