Marilyn Golden, Effective Voice for the Disabled, Dies at 67

U.S. | Marilyn Golden, Effective Voice for the Disabled, Dies at 67

“Radicalized” after an accident left her disabled, she became a “linchpin” in the fight for the Americans With Disabilities Act as a leading policy analyst. 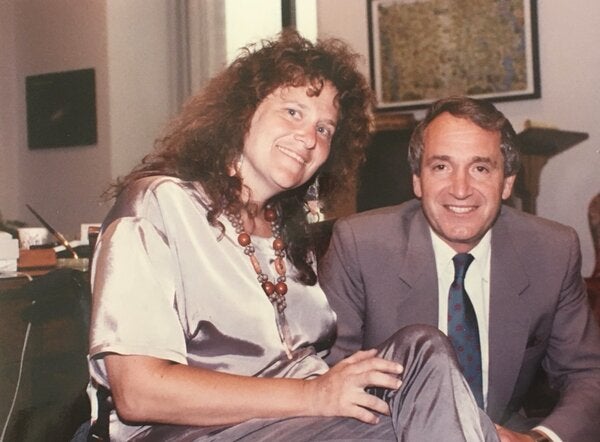 Marilyn Golden with Senator Tom Harkin, Democrat of Iowa, when they worked together on passage of the landmark Americans With Disabilities Act in 1990. Credit... via Disability Rights Education Defense Fund

Marilyn Golden was a college student on a summer backpacking trip in Switzerland when she fell from a tree after a rotting limb snapped. Her back was broken. She spent two years of rehabilitation at Houston Medical Center and had used a wheelchair ever since.

“I got radicalized, in a general sense, after I got hurt,” she said.

Ms. Golden would devote the rest of her life to championing civil rights for people with disabilities, all the while rejecting as “ridiculousity” the notion that people like her with disabilities desired or deserved pity.

As policy analyst for the Disability Rights Education and Defense Fund, a leading national organization in the field, Ms. Golden played an important role in the drafting, passage and implementation of the landmark Americans With Disabilities Act in 1990.

“She was a linchpin, an absolutely essential person in the passage of the law,” said Chai Feldblum, who helped draft the A.D.A. when she was with the American Civil Liberties Union and who later served on the federal Equal Employment Opportunity Commission.

“Marilyn was the hub of community organizing and the No. 1 person who used her organization so that the regulations got implemented,” Ms. Feldblum said by phone.

Ms. Golden died at 67 on Sept. 21 at her home in Berkeley, Calif. The cause was melanoma, her companion, Rabbi David J. Cooper, said.

Ms. Golden campaigned for people with disabilities on a number of fronts. She argued for improving their access to public transportation, especially buses and trains; adapting building codes for new construction and renovations to accommodate wheelchairs and other mobility devices; encouraging independent living as a substitute for long-term care in institutions; expanding financial assistance and other benefits; and requiring and prodding public and private entities to expand access to communications and information technology.

Those improvements would manifest themselves in everything from lowering the height of automatic teller machines that can speak to customers, to mandating sign language interpreters for deaf people who serve on juries.

“We have to persuade business-friendly legislatures that the civil rights of people who are often segregated and excluded from society are important enough to make them a requirement,” Ms. Golden was quoted as saying on the defense fund’s website.

She also actively opposed efforts in several states to legalize assisted suicide. She argued that such practices were fueled by a fear of disability — “the public image of disability is as a fate worse than death,” she said — and prejudice against it, citing “economic pressures of the health care system to relieve itself of its most expensive patients.”

“We are not opposing aggressive palliative care — that’s pain and comfort care — nor the right to refuse or withdraw medical treatment,” she added. “Nor are we opposed to the proper, narrow application of a treatment called palliative sedation, when death is truly imminent. We are only opposing more aggressive ways to hasten death,” like legalizing lethal injections or prescriptions of barbiturates.

Ms. Golden served on the federal Architectural and Transportation Barriers Compliance Board from 1996 to 2005. She was a coordinator of the Disabled International Support Effort, a nonprofit focused on developing countries. In 2015 she was honored by the Obama White House as a transportation “Champion of Change.” 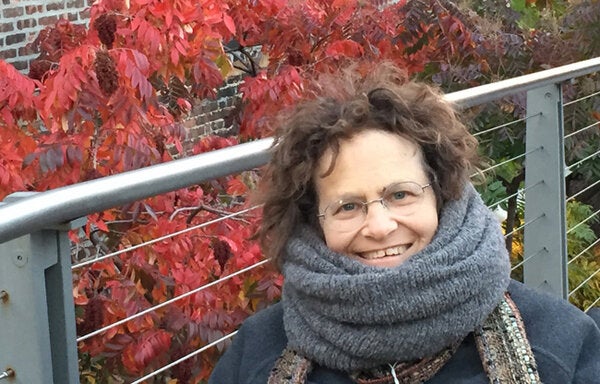 Marilyn Golden was born on March 22, 1954, in San Antonio, Texas, to Aaron and Clarice (Lerner) Golden. Her father was a restaurateur and owner of a currency exchange; her mother was a homemaker.

Ms. Golden spent her junior year in college in Israel and intended to return there after graduating from Brandeis University in 1977 with a degree in social welfare. Then she had her accident.

For eight years she was director of Access California, a city-sponsored advocacy group for the disabled in Oakland. She joined the Disability Rights Education and Defense Fund in 1988 and became a senior policy analyst.

“I realized this was a place where I could play a role,” she said.

Ms. Golden directed the fund’s A.D.A. training program from 1992 to 1994 and was the principal author of the group’s guide for implementing the act.

Among the victories for the movement was a decision by Greyhound Lines in 1998 to make all 4,000 stops on its nationwide bus system accessible to wheelchair users.

“Bus travel is the only travel available to poor Americans,” Ms. Golden testified in Congress before the A.D.A. was passed, “and disabled Americans are three times more likely to fall below the federal poverty line than nondisabled Americans.”

In addition to Rabbi Cooper, she is survived by two stepchildren, Talia Cooper and Lev Hirschhorn.

“People are constantly surprised when disabled people do anything, from opening a door to going white-water rafting,” Ms. Golden told The Oakland Tribune in 1981. “These lowered expectations are so demeaning. To me it’s normal, not wonderful. My life is equal in scope to theirs.

“What does diminish the scope of our lives are the social limitations, other peoples’ attitudes,” she added. “These problems are with society. If you can’t walk, then you can’t walk. But you can do a lot of things.”